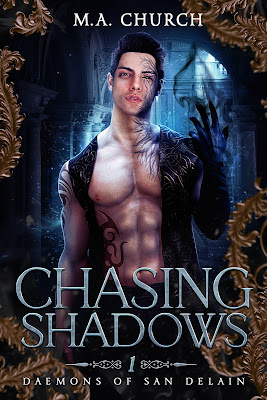 I am powerful. I am the darkness. I should be feared. Then I heard his cries and everything changed. Power can be tempered. There’s safety in the darkness. And the monster isn’t always the one under the bed.

Now only the heart and mind of one human interests me. He is mine. I wait, watching over him until the time is right to claim what belongs to me.

Austin: Do you believe there are monsters under the bed? I do. I don’t just believe; I know for a fact they exist. I’ve met one. Sort of. Okay, I haven’t actually seen the monster, I’ve only spoken to it.

Kind of hard to see much of anything when you’re hiding under the covers while waiting on your father to beat your ass. The monster saved me. Literally. He says I’m his, and he’s waiting for the right time to claim me.

Someone tell him to hurry the hell up.

This week is: Sledge and Claw (Hammer and Fist Book 1) by Jennifer Cody 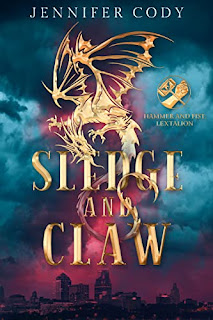 My alphabet soup agency recruited me because of my unique blend of magic and innate talent, but those come with a steep price and it’s getting harder to pay with every investigation.

I never thought Knoxville would be the place that kills me, but between someone targeting me to get me fired (or start a war; could go either way), taking on a naïve new trainee, and investigating a non-human trafficking ring, it looks like I'm about to bite off more than I can chew.

The question is, can I figure out what’s going on before it all blows up in my face?

Sledge and Claw is an MM Urban Fantasy with triggers for the horrors of slave trafficking and consent issues. There also happens to be a cliffhanger ending.

“For one, we don’t attack random humans for no reason.”

“I know those who belong to me don’t. It’s not allowed, plus it can bring unwanted attention to paranormals. Besides, do you go around randomly attacking people?”

“Then why assume we do?” That sort of thinking annoyed Kage. “There’s no reason for us to. As for your second question, I’d kill anyone who laid a finger on you.”

“That’s kinda sexy but also slightly terrifying. I don’t…. How are humans still at the top of the food chain? I mean, why haven’t you taken over the world?”

“Do you mean my species or paranormals in general?” Kage asked.

“It doesn’t matter which he meant, because the answer is the same for vampires, werewolves, or any other paranormal beings,” Hudson said.

“Shit, vampires exist?” Austin suddenly smiled. “I know some folks who would love to know that.”

Hudson laughed softly. “Yes, they exist. As do werewolves. And many others. But the answer to your question is this: There are nearly eight billion humans on this planet. Even if you add all the paranormals together, we still don’t come close to that. Not even close.”

“We don’t reproduce as often as humans do,” Kage said. “At last count, there were only a hundred daemons worldwide. Ten live here in San DeLain. They answer to me.”

Kage opened his mouth then shut it as the bar’s door opened then slammed closed. “That’s a very good question. One that I’m willing to answer, but let’s do this elsewhere.”

“I agree,” Hudson added, also glancing at the bar.

“I guess you’re right, but where? It’s not like I know where you live,” Austin pointed out.

Kage tracked the two men until they got in an old truck. “Have you heard of Grand at the Dominion?”

It was indeed. Kage had made sure of it. It did annoy him that it wasn’t considered the very best, though.

“It’s mine,” Kage said. “Park in front of the building. Tell the doorman your name. He’ll have valet park your car in our private parking garage.”

Kage wanted Austin out of there. The men who walked out of the bar had left, but Kage worried. They were out in the open there, and this wasn’t a territory he was familiar with.

He had no idea if it was claimed or not or by whom. Last thing he needed was for some paranormal to show up and get snarly. He didn’t need the headache.

Plus, Austin had given that hunter his real name. There was a distinct possibility there was a cell of them there. It had been years since they’d tried to infiltrate the city. They would need to be found and exterminated before innocent paranormals were killed.

“Go to the concierge desk,” Kage continued. “Mr. Newson will be expecting you. He will escort you to where you need to go.”

“Okay. How are you two getting out of here?” Austin asked.

“The same way we got here—the shadows,” Kage answered.

Austin glanced at his watch. “I don’t know if you realize this are not, but it’s eleven already. It’s getting late.”

“Then isn’t it fortunate that, as an author, you get to set your own hours? Come to my home, Austin. You have always wanted to know about me. I’m going to give you the chance.”

“And you will get them.” 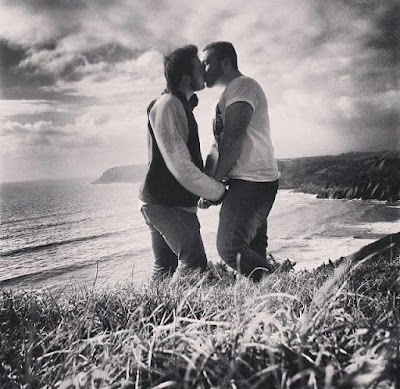 This week is: Get It Together (The Undead Detective Agency Book 1) by Shelby Rhodes 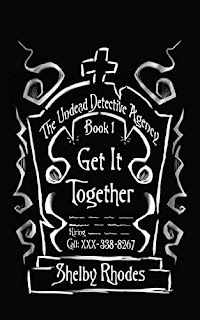 Hello, there! I’m Octavius Evander. And this is the beginning of my story—well…sort of. It’s not the very beginning. As a vampire, that story would be way too long to write down—think, before the Romans. Rather, this story is about how I met the love of my unlife. Okay, it will be mostly about the cool and fancy detective agency I opened and solving mysteries, but also a little about love too.

So, what does one need to open a detective agency, you may ask? Well, for one, a detective. As it was my idea, and I paid for everything, I, of course, filled that role. Next, I needed a secretary. My beautiful and marginally dangerous best friend Scarlett filled that role. Now, I will admit, at that time, I had not thought further than that, and simply skipped to getting my detective license, an office, and some other necessities.

My mind might have been too full of the fun adventures I was about to have. My hope was that those in and out of the paranormal communities would keep me entertained for a very long time. I quickly realized I still needed a driver, a tech person, and a witch that was good with ghosts. This is the story of how I found those people. And who would have thought the first to walk through the door would be human, with no knowledge of the paranormal—my precious Turney.

CONTENT WARNING: This is a slow burn M/M paranormal romance book. There will be blood, violence and death. Please do not read if you find any of the previous triggering.

Email ThisBlogThis!Share to TwitterShare to FacebookShare to Pinterest
Labels: Aug 2022, Get It Together (The Undead Detective Agency Book 1) by Shelby Rhodes, Thursday book recommendation

If you're in my author group, then you know that I'm finished with the book! It has a few chapters left to beta-read then it's off to editing. The cover and blurb are also done, whoot! I don't have a preorder yet, but that will be coming soonish! 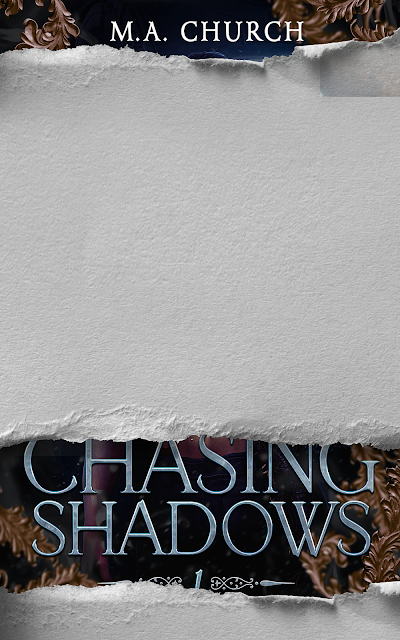 
ONCE MORE this human robbed Kage of his ability to speak. He was powerful. He was the darkness. He was feared by all… except for Austin.

From the moment he’d come into that child’s life seventeen years ago, Austin had never been afraid of him. Kage was the nightmare that lurked in the dark of night. Paranormals actively avoided his kind, and for good reason. And yet this human trusted Kage. Always had.

“Also, shadow demon is a nickname. The so-called demons from the Christian Hell do not exist.”

“Okay, so…? The demon part of that makes sense, I guess. Can you explain the shadow part?”

“My kind travel via the shadows,” Kage said.

“Think of it like a portal,” Hudson added. “They use them to go from one place to another.”

“Yeah, except those aren’t supposed to exist,” Austin pointed out.

“Surprise!” Hudson grinned. “You’ll find there’s a lot of things which exist humans don’t know about. Anyhow, it’s how Kage and I arrived. Daemons can also send someone from one place to another via shadows.”

“Yes. As long as there is a shadow, that’s all we need,” Kage said. “Even on the brightest of days, there are always shadows. We can also manipulate them to do our bidding.”

“Now you know why paranormals avoid his kind, because yes, they are terrifying,” Hudson added.

Kage glared at Hudson. That was not helpful. Not at all.

“What happened to Tom and the other guy who you threw at the shadows?” Austin asked.

Kage studied Austin for a brief moment. “Are you sure you wish to know?”

“Usually, if that question has to be asked, then the answer is usually no. But I’ve been searching for answers for so long, and I’m finally getting them. So, yes. I want to know.”

“Very well. One was deposited on the plains of the Serengeti. The other one I dropped in the middle of the Pacific Ocean.” Kage shrugged. “They might live.”

“But it’s highly doubtful, I’m guessing. And all your kind can do that?”

“No, no, not you,” Austin said. “But can’t you see how frightening that is? I could be walking along, minding my own business, then boom! I’m floating in the ocean. My God. What’s to stop a daemon from doing that to me?”

“For one, we don’t attack random humans for no reason.”