This week is: Demons Do It Better: A Hidden Species Novel by Louisa Masters 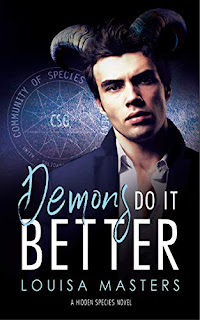 I work for Lucifer. Only, it’s not as cool and satanic as it sounds.

The truth is, I’m an admin assistant who applied for a job that sounded kind of interesting and ended up working for the Community of Species Government. I’m the only human in the office, and basically I ride herd on a team of rambunctious shifters and demons.

I also spend a lot of time avoiding Gideon Bailey, the demon I had a one-night stand with right before I took this job. He hates me, and I really want to avoid being murdered. But I’ve been offered a promotion that will mean working with him, so we’re both going to have to get over it.

Plus, people are going missing. Pregnant people. And the word is that someone is dabbling in genetic experimentation. Putting a stop to that is more important than the sexual tension Gideon and I have been ignoring… isn’t it?

Email ThisBlogThis!Share to TwitterShare to FacebookShare to Pinterest
Labels: May 2022, Thursday book recommendation

Tuesday Teaser - Beneath the Surface 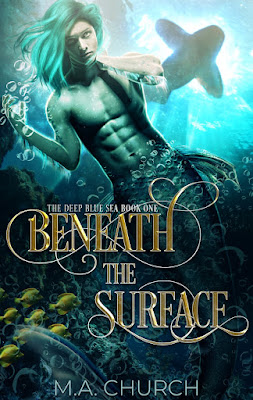 This year for vacation, Kannon and his dad rented a boat and guide to take them to the reefs around the Seychelles. This was by no means the first time he’d gone snorkeling. Growing up along the California coast guaranteed Kannon was comfortable in the water.

The guide had warned them to stay together, but Kannon had other ideas. Besides, he wasn’t going that far off. After investigating the colorful reef fish and interesting coral formations—and seeing his dad was distracted—Kannon slowly but steadily wandered off on his own. An outcrop of rocks covered in algae caught his eye, and he went to investigate.

Many of the multihued native fish swam past him, curious as to what he was. It was funny how they circled him. Kannon held his hand out. A few braver fish darted in, nibbled at his fingers, and then swam off. God, what a rush it was. Nothing was better than this.

He drew closer to the outcrop, surprised it was much deeper than he’d first thought. Huh, not an outcrop, but the mouth of an underwater cave. Cool. From a distance it appeared to be nothing more than oddly shaped rocks. Peering inside, he was unable to see past the murky blackness within.

Curious, he reached his hand out, stretching toward the mouth of the cave. His scalp prickled. A tingle washed through him. The water around him caressed his body as he hung weightlessly, staring at the cave entrance as his dick swelled in his trunks. What the…?

His heart rate sped up—not a good thing underwater—and the feeling of being watched crept across his nerves. Something was in there, and his mind screamed at him to get away even as the urge to reach inside nearly overwhelmed him.

Kannon’s body swayed dangerously closer. His nipples ached as the water flowed past, and he had to force himself not to whimper as need struck him. He jerked back. There’s something waiting for me, just waiting for me to reach in so it can... what? So it can do what?

Jesus, he needed to get a serious grip on his imagination, and crap, he had to surface too. Lack of oxygen made the decision for him. All this panicking on his part had used up his air—stupid of him.

He surfaced and shook the hair out of his eyes. Wow, is that our boat way over there? Oh man, Dad’s going to kill me. Worried about the fit his dad was going to have, he was totally unprepared for the strange guy who popped up next to him, although “guy” might have been overly nice.

Kannon yelped, but the dude across from him just smiled. The androgynous, fey face wasn’t quite human. The long pointed ears were a good indication, as was the glimpse of sharp little teeth.

Oh, and the gills at its neck.

Azure blue hair floated in the water around shapely shoulders and cobalt blue eyes stared back at him. It was a visage that was hauntingly beautiful, otherworldly, and a tad disconcerting. The creature smiled slightly as if he agreed. It—whatever it was—scared the bejesus out of him.

Then it reached out and dragged Kannon under the water. 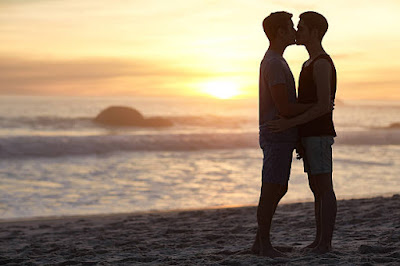 Email ThisBlogThis!Share to TwitterShare to FacebookShare to Pinterest
Labels: kiss, May 2022, Pucker Up Monday 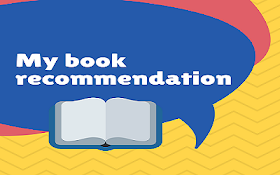 
This week is: One Week with His Stepbrother (A Daddy Tales Book Book 3) by Kelex 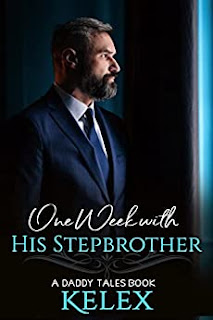 JJ Whitehurst has made billions for his clients—and millions for himself—over the years. An unapologetic workaholic, he finds solace in his career. It’s easier to evade personal entanglements when he’s always working. Then along comes a forced vacation and the keys to his father’s Santa Monica beach house, neither of which he wants, and the terrifying thought of that much free time, alone, causes him to reach out for company.

Rory McMillian’s first night as an escort brings him face-to-face with the daddy of his dreams. All six-foot-five and 200 pounds of muscle is made for sin. When his client can’t let go, one night turns into one week… and by the end, an offer is made.

The proposal is tempting yet Rory refuses. He won’t live as some shameful secret, no matter how drawn he is to JJ. Yet, as weeks pass, he can’t stop thinking of the opportunity he tossed aside.

Fate steps in and compels the pair to face one another again—but circumstances have changed. They conceal their knowledge of one another and the simmering attraction they both still feel.

But how long can they before their desire boils over?

This 96,000 MM Romance is filled with sweet heat, a demanding daddy, and lots of lingerie. If that's your thing, this might be the story for you.

Email ThisBlogThis!Share to TwitterShare to FacebookShare to Pinterest
Labels: May 2022, One Week with His Stepbrother (A Daddy Tales Book Book 3) by Kelex, Thursday book recommendation

Cover Reveal for Bound by War!! 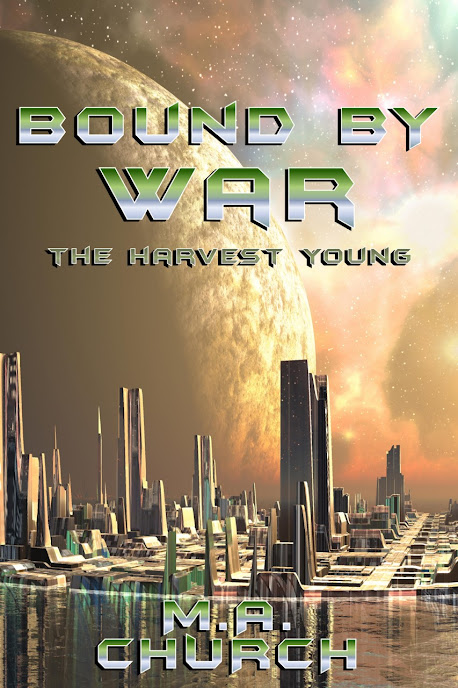 Email ThisBlogThis!Share to TwitterShare to FacebookShare to Pinterest
Labels: Bound by War, Cover Reveal, Harvest Young, Laken and Torin, May 2022, The Next Generation

No Tuesday Teaser today... instead an announcement!

The last book in the Harvest Young series is finished! Bound by War came in close to 88K. And here I thought Laken's book would be the smallest of all of them.

It's been sent to edits now. We still have to get through that, proofreading, and writing the blurb before it's released into the wild lol. But it's coming!

Those of you who are in my author group know what a mess 2021 has been for me. Between the cancer and radiation, dealing with the carotid artery, and the thyroid biopsy, it's been hell on wheels. It's taken a year to get Bound by War written, but I believe the wait will be worth it. I'm very happy with how it turned out!

Email ThisBlogThis!Share to TwitterShare to FacebookShare to Pinterest
Labels: Bound by War, Harvest Young, Laken and Torin, May 2022 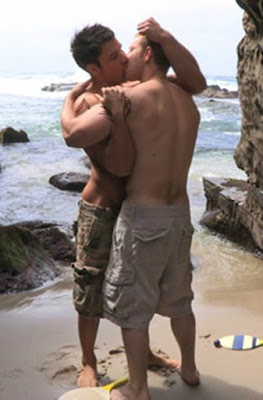