Happy Halloween, guys! I *had* planned to wrap this up today, but these two had more to say than I thought, lol. So, we're going to keep going until they're done. ;)
~M 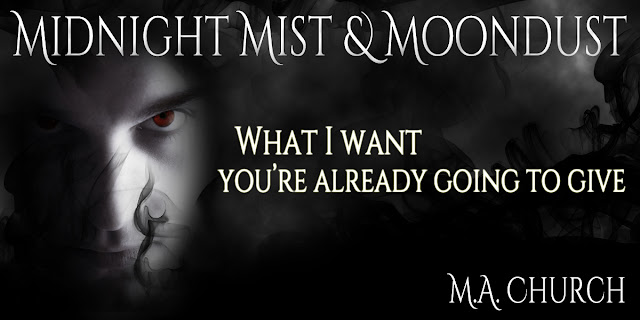 Exhaustion overcame Caleb and he slipped off to sleep. 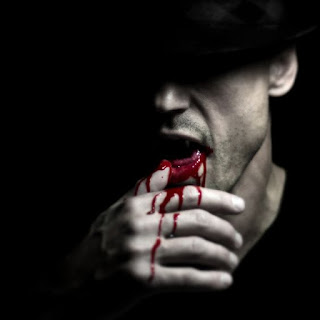 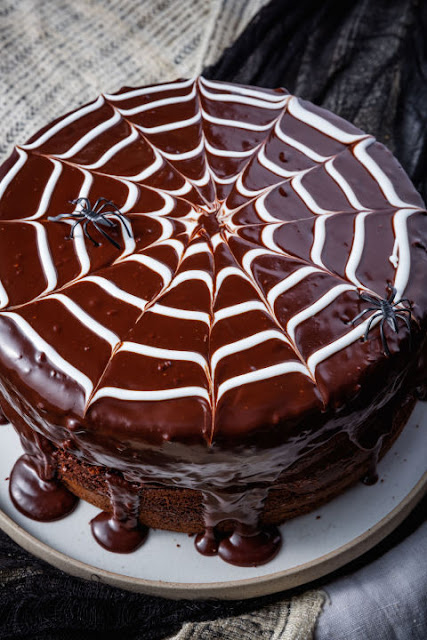 Hey everyone, I thought it would be spooky good fun to post some recipes I had found online for Halloween. I’m going to *try* to do some of these beforehand, but I’m sure there’ll be times I won't. I'm going to call this Finicky Friday. :)


Nothing is going to come between us and chocolate cake. Not even spiders.

Bake according to package instructions and let cool.

Once cool, place first cake on a platter.

Make ganache: In a small saucepan, heat heavy cream just until it bubbles. Place chocolate chips in a heatproof bowl and pour over heavy cream. Let stand 2 minutes, then whisk until chocolate is completely combined.

Pour ganache over cake. Frost a spiral of frosting on top of ganache and use a toothpick to draw cobwebs.

Recipe: http://www.delish.com/holiday-recipes/halloween/recipes/a49352/spiderweb-cake-recipe/
Posted by MA Church at 12:00:00 AM 
For the next several hours he struggled against the pull of sleep until, eventually, exhaustion overcame him.

Three Heart Promotions presents His Premier by Jessie G and a giveaway!

Born into wealth and privilege, Colin Sinclair was raised on the knowledge that money could buy anything and everyone had a price. Trouble was no trouble at all, not when the money was there to sweep it under the rug. But those lessons, learned at the knee of his father, were going to be challenged in a way that would change Colin forever.

In middle class suburbia, Arnaud Dechene learned the value of hard work, focus, and dedication to a dream. He was well on his way to achieving it, the role of Premier, when he catches Colin’s eye. Rich snobs didn’t usually do it for him, but there was something about Colin that made him impossible to resist.

Despite being opposites in every way, falling into a relationship was surprisingly—and deceptively—easy, but Arnaud never lost sight of his dream and Colin had trouble accepting that he was second place to anything. When a stupid argument leads to a reckless act, the repercussions leave Arnaud fighting for his life and Colin paying with his own.

With a little meddling from an aging schemer and intentions that are more well-meaning than realistic, their paths will cross again. However, Colin and Arnaud aren’t the same men who loved with abandon. They are older and wiser, with a history that might be too big to overcome.

Fans of the series know revenge is a double-edged sword, forgiveness doesn't always come easy, and forgetting is damn near impossible. But love...well, that may just conquer all.

Like many readers, the dream of being a writer has been with me a long time. After three decades of trying, I'd begun to doubt. Thanks to social media, I followed my favorite authors hoping to glean some words of wisdom as I pounded out half-formed ideas with alarming regularity. Two repetitive themes emerged: To be a great writer you must read a lot and your butt must be in the chair every day like it's a job. The more you write, the easier it will be to write and the better you will be at writing. I took that advice to heart and write every day. With three series in the works and counting, it's been amazing to have made this dream my reality.

I am a firm believer in marriage equality, love at first sight, power dynamics and happily ever after. I'm a lover of strong secondary characters and series filled with families, biological or chosen. All are themes you'll find throughout my books.

JOIN MY NEWSLETTER:
Anyone who signs up for Jessie's monthly "Those In The Know Newsletter"—featuring exclusive scenes, series and new release information, and mailing-list-only giveaways— between 10/3 and 12/1 will be automatically entered for a chance to win a $25 Amazon or ARe Gift Card. Sign up today! http://eepurl.com/bhuja1
a Rafflecopter giveaway
Posted by MA Church at 12:00:00 AM