This week is: Just a Bit Heartless (Straight Guys Book 13) by Alessandra Hazard 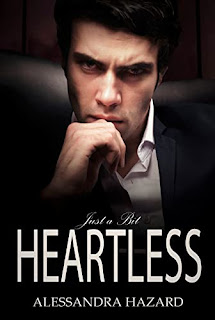 When his boss asks him to accompany him to Italy for a family wedding, Jordan agrees. He'll get paid handsomely for his trouble.

There's a catch, though. Several catches.

1. He's there as bait: Jordan has to pose as his boss's real boyfriend, who looks a lot like Jordan.

2. Someone in his boss's mafioso family wants to murder them.

3. That someone is probably Damiano Conte, a cold, ruthless bastard who has no right to be so hot.

Everyone says Damiano is a sociopath with no capacity for real emotion. Jordan believes them. But he can't seem to stay away, fascinated with the man despite his better judgment.

When the family visit turns into a nightmare of betrayal, kidnapping, and murder, Jordan has to rely on Damiano to keep his sanity. Can he trust a heartless, manipulative sociopath? Can he stop craving him after he returns to his normal life?

Can a man who doesn't feel fall in love?

This book contains steamy MM content, hurt/comfort, codependency, an emotionally stunted control freak who doesn’t know how to express his affections in a healthy way—and a man who loves him anyway. Book 13 in the Straight Guys series, but it can be read as a stand-alone.

~excerpt from book #2 in the Daemons of San DeLain (No title as of yet! Also, book #2 will be about Kage and Austin again, as will be book #3.)

“I’m okay.” Austin blew out a breath and rested his head against Kage’s shoulder. Kage arranged the pillows behind them so they could lean back against the headboard.

“I’m afraid so.” Austin wasn’t sure if ‘nightmare’ was the right word for what he was having, since it really had happened. “Sorry I woke you up. Again.”

“Hey now, none of that.” Kage nudged Austin’s chin up until they made eye contact. “You can’t help that your mind keeps making you relive that.”

“I know. Really, I do. I just wish the screaming would stop.” Did he ever. “I hate that I wake you up. What a horrible way to get jolted out of a sound sleep.”

“I wish I could get awake before you get to that point.” Kage pressed a kiss to Austin’s temple. “What I hate is that you keep reliving this.”

“You and me both. It’s got to get better, right?” Please let it get better. He was ready to sleep through the night undisturbed again. “I mean, it happened several days ago. Just need a little time, right? To get better. Right? This sucks.”

“It’s still fresh in your mind. You had a scare, and that left an impression. I do think it’ll get better. And if it doesn’t? Then we’ll find someone for you to talk to, if that’s what you want.”

“Like a therapist?” Of all the things Austin had expected Kage to say, that wasn’t one of them. “Um, how would that work? How could I talk about this to a—”

“I never said the therapist would be human.”

“Ahhh, gotcha. Of course.” Austin glanced at the alarm clock. It was 5 AM. “At least it’s only an hour before the alarm went off this time.”

Austin sat up and ran his hand through his damp hair. Turning slightly, he frowned at Kage over his shoulder. “That’s crap, and you know it.”

“Is it? They came after us because of me. Because of what I am.”

“When in actuality, the hunters are to blame for all of this. But neither of us seemed to have gotten that memo.”

“You’re right, of course, but that doesn’t help the guilt.” 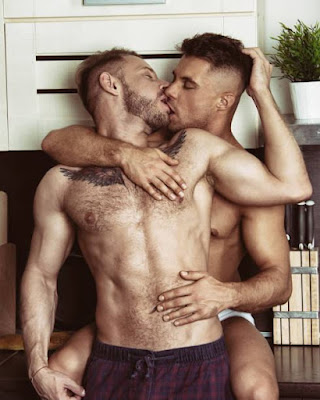 A MOTOR revving. A sudden thump. The seat belt tightened abruptly across his chest as Austin was thrown forward then slammed back in his seat.

A sharp squeal of tires then the stench of brakes locking up on pavement. Then the screech of metal shredding under force. Somewhere there was a roar, like fans at a football game.

One moment the road was there, wide open and safe. The day was beautiful. A few fluffy white clouds meandered across the sky, and the ocean sparkled in the sunlight.

Which was all lost in the screeching noises and acrid smells.

Fear came—mind-numbing and body-paralyzing as he watched as the guard rail peeled apart. One long terrified scream sounded as the pretty blue water crashing against the rocks drew ever closer.

They were going to die—die in a fiery blaze of twisted metal.

Suddenly the screams were silenced. No more revving, no more squeal of brakes—only darkness that starved out the light. There was no peace, though. Only anger and fear.

And a never-ending scream as death came to claim him.

Fuck death. And fuck anything else that tried to take his mate from him! No! He wasn’t having it. Kage was his, and he wanted a life with his mate. No! No, no, no! He would not lose his mate. Not when he’d just found him.

The urgency in that beloved voice finally pierced the nightmarish darkness that held Austin captive. Jackknifing up in bed, a lone wail of desperation and fear echoed around him.

Sucking in a breath, he frantically looked around. Water. Where was the ocean? How close were they to those damn rocks? How many seconds were left before they hit the bottom of the cliff and exploded?

Austin latched on to that voice. “Kage?”

Austin blinked as a soft light flooded the room. “What… what…?”

“You had a nightmare.”

There was no sunny sky, rocky shore, or ocean rushing up to take them. He focused on the soft light from the lamp on Kage’s side of the bed. Bed. He was in bed. With Kage. Not in the car the hunters had shoved over the cliff with them in it.

“Aw, shit.” Austin’s throat hurt, he was sweaty, and the sheets were wrapped around him. He kicked listlessly at them.

“Hold on.” Kage gently unwrapped Austin from the clinging sheets. Then he settled back next to Austin. “Babe.”

What? Why was Kage even asking that? “Jeez, of course!”

Kage slid his arm around Austin’s shoulders. “There’s no ‘of course’ about it. You’re foggy from the nightmare, and your heart is still racing. I didn’t want to startle you and add to that.”

Jesus. It hurt to the hear the pain and concern in Kage’s voice. 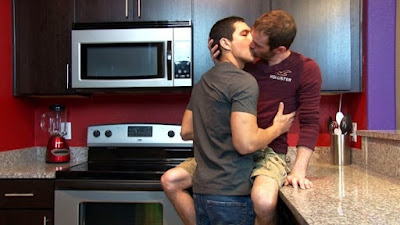 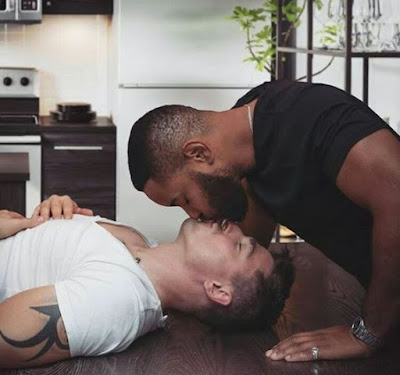