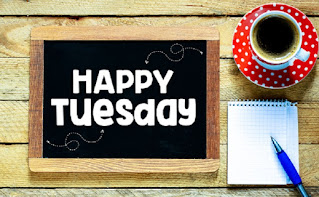 This is an excerpt from Frost's Bite, #3 in the Mystic Bay series.

Everybody was through eating, finally, and Jonas seriously thought about cheering. All this tension couldn’t be good for his digestion. Then Paul suggested that they wait in the living room while he and Andy cleaned the kitchen.

That meant he and Nicholas would end up alone with each other while they waited. He wasn’t sure that was the best idea. He needed a minute to get his body under control, for all the good it would do. Somehow Nicholas could smell what he was doing to Jonas.

“Oh, I can help Andy with that if you need to speak to—”

Nicholas grabbed Jonas by the hand and dragged him out of the kitchen. Jonas was still stuttering when Nicholas spun him, wrapped his arms around him, and stuck his tongue down his throat.

Jonas froze. Every thought in his head fled as Nicholas kissed him like there was no tomorrow. The taste of this man rocked Jonas to his very soul, and it terrified him.

When Nicholas pulled back, Jonas moaned. He dropped his head on Nicholas’s shoulder and heaved a deep breath. “You scramble my brain, and I really need caffeine in order to deal with you.”

“After we leave here, I will provide your much-needed coffee. Name the place.”

Jonas leaned back and studied Nicholas. “Did you just ask me out? I’m not sure since there was no asking in that that sentence.”

“I would be honored to provide you your much-needed coffee, then.”

Even if he’d wanted to, Jonas couldn’t have stopped smile that crossed his face. “You do know the difference between a statement and a question, right?”

He didn’t understand what this was between them, but why not enjoy it? He’d deal with the pain of it ending later, because it had to. There was no possible way they were mates. But what if they actually were?