The Valjevo Encounter by Jay Vaughn and a giveaway!

I’m very excited to be here at Decadent Delights, promoting The Valjevo Encounter, which was released on Halloween. It’s a vampire novel, which I think is pretty funny because I generally don’t like vampire novels. I have no idea what possessed me to write one.
Well, actually, it started out as a short story. Some publishing company had a call out for stories where one of the MCs was a “macho man.” It was supposed to be 4000 words. I started writing and hit 4000 words before the macho man even made an appearance. I guess short stories are not my forte. J
In the original story, Tigger’s attacker was simply a thug with a knife and Guy put him down in hand-to-hand combat. I showed it to one of my beta readers, and she suggested I take it paranormal. I’m glad I did. It’s fun to write about supernatural beings.
In the story, late one night, in a dark alley, “Tigger” is attacked by a vampire. Luckily, the vampire, Valjevo, is himself being hunted by Guy Salluci, who charges into the alley and drops him with a special dart gun. Guy whisks Tigger away to safety, leaving Valjevo behind to recover and hunt another day.
Guy is a vampire hunter who works for a clandestine organization called EERIE—Encounters with Evil: Research, Investigations, and Exterminations. He is Tigger’s dream-man-come-to-life. He’s 6’3” of testosterone-laden muscle, with broad shoulders, rock-hard abs, chiseled jaw, five o’clock shadow, and a mysterious eye patch. He rides a Harley, carries weapons, wears black leather, and is an unapologetic badass. He’s also smart and sensitive and seems to know things that he should have no way of knowing.
In spite of his imposing, alpha-male disposition, Guy turns out to be surprisingly gentle when he treats the injuries Tigger sustained in his encounter with Valjevo. Tigger, a young, beautiful, and impressionable college student, with a penchant for nerdiness, is instantly smitten.
Guy is also attracted to Tigger in a way he has never been attracted to anyone before. Of course, he thinks Tigger is lovely, smart, and sweet, but there is also something deeply instinctual about his attraction. Tigger smells divine and Guy is instantly addicted. He struggles against his desire for the young man, thinking Tigger deserves someone who is more stable and normal than he is.
Circumstances throw them together in a protective custody situation and things heat up, although not nearly as quickly as Tigger would like. Meanwhile, Valjevo has fixated on Tigger and is hunting him.
I won’t give away the rest of the plot, although I will let on that it has a happy ending. I think it’s unlikely that I’ll ever write anything that doesn’t end on a positive note.
“Tigger” is an unusual name for a main character, although during the course of the novel, encouraged by Guy, he leaves behind his childhood nickname and starts going by his real name, Mel. It didn’t occur to me while I was writing it that I’d have to talk about “Tigger” in the blog tours, etc., otherwise readers will be confused. When I read an excerpt from it at GRNW Meet-up, I warned the audience that it wasn’t actually Winnie-the-Pooh.

The Rough Boys trilogy was such an epic story with many emotional highs and lows, I wasn’t sure how to follow it. I wanted to write something shorter and less dark and just get that next novel out there. The Valjevo Encounter is certainly shorter, although not as short as I expected. And I wouldn’t classify as “light” either, but it doesn’t deal with as many serious themes as Rough Boys. The Valjevo Encounter is somewhat tongue-in-cheek—I didn’t take myself too seriously while I was writing it. I hope it comes across that way rather than simply seeming cheesy.
I had a lot of fun writing The Valjevo Encounter, and although it’s a stand-alone novel, there are a few questions, mainly about Guy’s past, that go unanswered. I left the door wide open for a sequel. J Meanwhile I’ve been working on a dystopia novel, which I’m posting chapter-by-chapter on my author website, http://authorjvaughn.com. 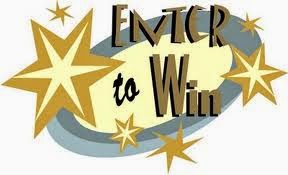 Giveaway
I’ll give an eBook copy of The Valjevo Encounter to a randomly selected commenter.
I’ll also give a copy to the first person who can tell me the name of the city that is the setting for The Rough Boys trilogy.

Book Blurb
When an imposing man dressed in black leather, riding a Harley, and sporting a mysterious eye patch charges into an alley and saves college senior Melvin “Tigger” Jacobsen from a creature with soulless, solid black eyes and glistening fangs, sparks begin to fly. Too bad they may not live long enough to explore their irresistible attraction.
Guy Salluci is a vampire hunter who works for a highly covert organization called EERIE. He is Mel’s dream man come-to-life. His bulging muscles and stern countenance are a sharp contrast to the gentle care he gives the injured Mel.
Until now Mel’s biggest challenge was finding a studly boyfriend who will put up with his terminal geekiness. When he finds himself on the run from the vampire, Valjevo, who has targeted him for his next meal, Guy puts him into protective custody at his hidden Mercer Island residence. Mel finds himself falling head-over-heels for the enigmatic vampire hunter—a man torn between his ravenous desires and the horrors of his twisted past. But is Guy even capable of returning Mel’s affection?
When Valjevo hunts Mel down, intent on torture, mayhem, and satisfying his vampire lust, Mel’s only hope is to be rescued by Guy. But the vampire hunter turns out to be not entirely human and unexpectedly vulnerable.
Publisher’s note: Contains scenes of graphic violence, male/male sex, brief non-con, and mild BDSM.

Author Bio
Jay Vaughn lives in sunny Seattle, a clean, progressive city that is way too expensive for a writer’s income. Therefore, Jay holds down a full-time, computer-industry day job, but writing is her passion. It’s a hobby-gone-wild, so much so that her teenage kids accuse her of being an addict.
Jay carries her laptop everywhere and can often be seen combining other favorite activities with writing. For example, you can find Jay sitting at a small table in the back of the gay bar around the corner from her house, drinking wine and writing. Or waking up early while camping, dragging out the laptop, and writing. Or writing in the truck on the way to and from concerts, ski-trips, visits to relatives ... wherever.
Jay’s favorite genres are sci-fi, fantasy, and M/M erotic romance. She discovered M/M quite by accident when she was writing a traditional fantasy novel, and one of her characters ended up in an all-male prison for a bit too long. Whoops!
Find out what Jay is working on next at http://www.authorjvaughn.com or drop her a line at jayvaughn@live.com. She’d love to hear from you.

Buy Links
The Valjevo Encounter is on sale for $3.99 until November 13, when the price will go up to $4.99.
Divergent Publishing: http://www.divergentpublishing.com/?product=the-valjevo-encounter
AllRomanceebooks.com: https://www.allromanceebooks.com/product-thevaljevoencounter-1659021-153.html
Amazon: http://www.amazon.com/dp/B00P4DUH3S


Smashwords: https://www.smashwords.com/books/search?query=the+valjevo+encounter
Posted by MA Church at 12:00:00 AM