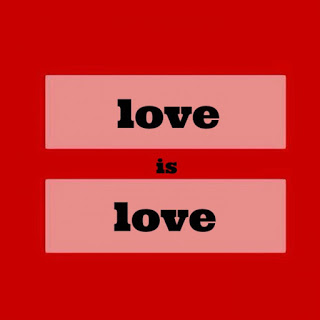 States cannot keep same-sex couples from marrying and must recognize their unions, the Supreme Court says in a ruling that for months has been the focus of speculation. The decision was 5-4.


Justice Anthony Kennedy, seen as a pivotal swing vote in the case, wrote the majority opinion. All four justices who voted against the ruling wrote their own dissenting opinions: Chief Justice John Roberts and Justices Antonin Scalia, Clarence Thomas and Samuel Alito.


"They ask for equal dignity in the eyes of the law," Kennedy wrote of same-sex couples in the case. "The Constitution grants them that right."


Comparing the ruling to other landmark decisions, NPR's Nina Totenberg says, "This is probably right up there with Brown v. Board of Education, and Roe v. Wade — if you like it or hate it — and today, Obergefell v. Hodges. This was a historic moment."

Friday's ruling "affirms what millions across this country already know to be true in their hearts: our love is equal," says lead plaintiff Jim Obergefell, who challenged Ohio's ban on same-sex marriage.


Obergefell continued, "the four words etched onto the front of the Supreme Court — 'equal justice under law' — apply to us, too."


He filed suit because he wasn't allowed to put his name on his late husband John Arthur's death certificate after Arthur died from ALS. Holding a photograph of Arthur as he spoke Friday, Obergefell said, "No American should have to suffer that indignity."


Obergefell has been traveling from Cincinnati to Washington every week, to be sure he would be in the court when a decision was announced in his case.

Speaking at the White House, President Obama praised the Supreme Court's ruling, saying it arrived "like a thunderbolt" after a series of back-and-forth battles over same-sex marriage.

Obama says the ruling "will strengthen all of our communities" by offering dignity and equal status to all same-sex couples and their families.

The president calls the ruling "a victory for America."

"The ancient origins of marriage confirm its centrality, but it has not stood in isolation from developments in law and society," Kennedy wrote. His opinion sketches a history of how ideas of marriage have evolved along with the changing roles and legal status of women.


Comparing that evolution to society's views of gays and lesbians, Kennedy noted that for years, "a truthful declaration by same-sex couples of what was in their hearts had to remain unspoken."


"The nature of injustice is that we may not always see it in our own times," Kennedy wrote after recounting the legal struggles faced by same-sex partners.


Link to post: http://www.npr.org/sections/thetwo-way/2015/06/26/417717613/supreme-court-rules-all-states-must-allow-same-sex-marriages?utm_campaign=storyshare&utm_source=facebook.com&utm_medium=social
Posted by MA Church at 4:59:00 PM