It's my pleasure to welcome Kelex to my blog! If you pay any sort of attention to the books I shelve on GR, then you probably know I found this author last year and have been reading everything she puts out lol. :)  And yes, The Last Dire Wolf is one I've read and rated 5 stars.
~M 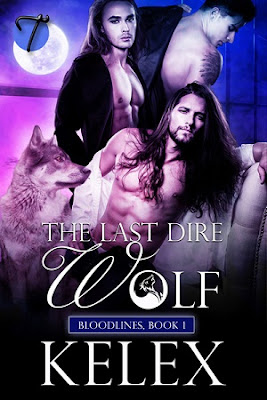 The Last Dire Wolf
Bloodline, Book One
By Kelex

Their love is taboo. The crossing of wolven bloodlines is forbidden. Yet Eirik, supreme alpha and king of the wolves, is tired of hiding his love for Gunnar. The last of his kind, he’s cursed to be without a mate during his long life. He refuses his destiny and seeks solace with one of those closest to him.

King’s guard Gunnar knew he could never expect to stand at the king’s side when he let the man take him to bed, no matter how much he began to crave it over the decades. He’d given his life to be a member of the elite warriors, not a king’s consort, but he can’t stop wishing the king could be his.

Moments before Eirik can change the laws governing their world, an old enemy comes bearing a unique gift. Perhaps Eirik’s not the last of his kind after all.

“You know as well as I do that wolves are not immortal. He’s lived a long, long life and now his soul has… grown thin. I’ve never met one as old as he is and doubt I will again.”

It wasn’t the answer Eirik wanted. “How much longer do we have with him?”

The doctor shook his head. “It could be days… maybe weeks. I couldn’t say.” 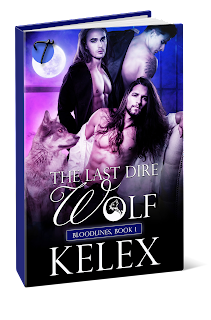 It wasn’t the answer he wanted to hear. His hands fisted at his side as he struggled to control his emotions.

“You can go,” Eirik whispered, his voice raw.

The doctor left quickly. Eirik wanted to scream. He wanted to howl his frustrations, but he had too many eyes watching him.

He was supposed to be regal.

Eirik punched the wall, his fist breaking through one of the painted cement blocks. It shattered around his hand, leaving his fist bloodied. There was no pain, not greater than the one he already felt. He stared at the hole he’d left in the wall, knowing it was just like the hole growing inside him.

“Your Majesty?” Gunnar said, his voice low and filled with worry.
Eirik met Gunnar’s stare. He said nothing, just brushed past the man and went back into Uffe’s room.

Eirik walked back to the side of the bed and sat down. He took Uffe’s hand in his.

“Uffe?” he asked, panic filling him. He shook the man’s shoulder carefully. “Uffe?” he cried, louder this time. He kept on shaking, but Uffe never awoke.

“No,” he whispered, unready to say goodbye.

Sorrow twisted his face as he sank to his knees beside the bed, Uffe’s hand still captured between his. Hot tears fell down his face as he held on for as long as he could. When there was nothing left inside him, he rose on shaking legs and placed a last kiss on Uffe’s forehead. Wiping away the tears, he collected himself as best he could.

“I want his funeral tonight,” he said to the room. He knew several of the hospital staff stood at the door, ready to prepare the body. And likely ready to share gossip about the king losing his control. “I won’t have him sitting in the morgue. Tonight.”

“Yes, Your Majesty,” two of the staff members said in unison.

After grabbing the leather file, he exited the room.

He felt Gunnar fall into step behind him in the hospital corridor. The small facility was wolf-owned and operated. No humans could ever find out what they were, so they’d created the world they needed on their own. He moved his hand to the side, slapping Gunnar in the chest with the file.

“Take this and have Damien review Uffe’s notes.”

Gunnar took the folder and never lost a step. “Yes, Your Majesty.”

“I want him to conduct a search for other dire wolves immediately.”

Eirik stopped before the elevator and punched the button, harder than he needed to. Frustration filled every ounce of his body. There was nothing he could do to stop from losing Uffe. The best wolven doctors, the best of hospital care… none of it was enough.

He was now the last.

Uffe had saved him, for what? For a legacy of being the last of his bloodline? To only parlay the eventual end of his kind for another few thousand years? What had he accomplished to leave a mark—a mark for an entire race of wolves?

Nothing he’d done would ever be enough. The dire wolves would go out with a whimper.

The elevator arrived and he stepped inside, Gunnar on his heels. The doors wouldn’t close fast enough.

As soon as they were alone, Eirik dragged Gunnar into his arms and pressed his lips to his lover’s. Gunnar yielded easily, his mouth soft under Eirik’s. He dragged in a breath, drawing in Gunnar’s masculine scent.

He needed this touch… this taste. He needed to feel alive after witnessing the slow drift of death. He needed Gunnar to fill that hole widening inside him.

Eirik backed away and stared into Gunnar’s handsome face. “Tonight. Come to me. After the funeral… I don’t want to be alone.”

Gunnar cupped one side of Eirik’s face. “As if I’d let you be alone tonight.”