Heartifact by Aisling Mancy and a giveaway 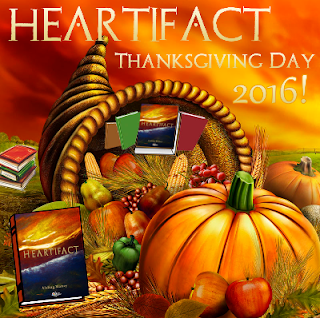 #ReleaseDay #Charity #Novella Heartifact by Aisling Mancy is out!

HEARTIFACT IS OUT!
Ash advocates for abused kids and the net proceeds of this book benefit those kids in three countries. Thank you for supporting this novella! And don’t forget to scroll down and enter the giveaway!

Net proceeds benefit the The Trevor Project in the ,
le Refuge in France, and Arcigay in 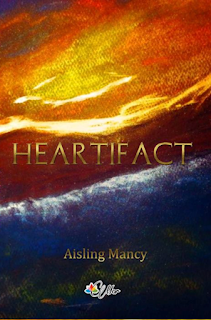 Harper Kidd is a highly respected marine archaeologist. Yet, with the economy in a slump, he’s trapped working in an oil company’s exploration division. Now, at the ripe age of thirty, Harp is disgusted with his employer’s damage to the undersea world he loves, tired of his ATM-card-filching ex, and tormented by beautiful dreams of an undersea lover. It’s time for a change and when his best friend, Stick, pleads with him to assist on a deep-sea dig in the Mediterranean, he jumps at the chance.

When the crew discovers the site is teeming with unexploded ordnance from the conflicts in the , and the excavation turns deadly, Harper must choose between saving his best friend and saving the pelora he’s fallen in love with.

Ash is an author who lives, most of the time, on the West Coast of the . Ash writes mystery thrillers, fantasy, science fiction, romance, and fiction for gay young adults as C. Kennedy.

Raised on the mean streets and back lots of  by a Yoda-look-alike grandfather, Ash doesn’t conform, doesn’t fit in, is epic awkward, and lives to perfect a deep-seated oppositional defiance disorder. In a constant state of fascination with the trivial, Ash contemplates such weighty questions as If time and space are curved, then where do all the straight people come from? When not writing, Ash can be found taming waves on western shores, pondering the nutritional value of sunsets, appreciating the much-maligned dandelion, unhooking guide ropes from stanchions, and marveling at all things ordinary. Ash does respond to emails because, after all, it is all about you, the reader.

HTLM for blogs:
a Rafflecopter giveaway

Email ThisBlogThis!Share to TwitterShare to FacebookShare to Pinterest
Labels: and Arcigay in Italy, Heartifact by Aisling Mancy, le Refuge in France, Net proceeds benefit the The Trevor Project in the US
Newer Post Older Post Home