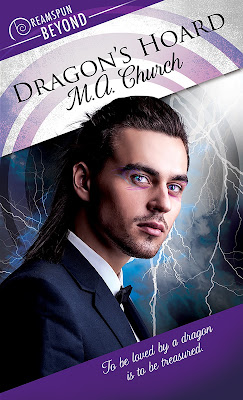 Dragon's Hoard has been released by Dreamspinner Press!

To be loved by a dragon is to be treasured.